I can’t tell you the joy I experienced to know that I was to get a cochlear implant. The news came a few days before my birthday in 2013 and I was switched on two months later.

Switch on! It’s magic! It’s immediate! It’s fun! It’s wondrous!
There are no adequate words to describe the sensation of being able to hear again.
Strangely, nothing was TOO loud! Not like when you first get hearing aids.
This had clarity! This was totally like someone had flicked the ‘hearing’ switch on again! No wonder they call it ‘switch-on’.
Sure the audiologist’s female voice was pretty robotic, Donald Duck-like and monotone at first, and my husband’s voice was the same as hers! But amazingly quickly, over the ensuing weeks, voices and speech began to sound more and more normal, like I had been able to hear when I was young.

Out into the big wide world! It was festive season, parties and social gatherings – how would I cope?
Nothing like taking the bull by the horns – get out and enjoy it!
It was hard at first, still requiring concentration and lip-reading, but oh so much less tiring. Instead of wanting to go home because exhaustion called time, I found I could last the distance and wanted to socialise longer.

It’s so good to be able to interact with people again. I had quite forgotten the art of conversation and how to start one! It’s all a big learning curve but so worth it!
It’s great to take friends out for dinner and be able to have a conversation in the car, in the dark.
It’s wonderful to hear my grandsons talking, laughing, fighting, playing together, making music, singing, reading, telling stories, sharing their lives with me.
It’s enlightening to reconnect with old friends and catch up on their lives and families.
It’s very useful hearing the announcements and proceedings at meetings and club functions.
It’s satisfying to hear someone call out “Good shot!” at golf.
It’s pleasant to chat with the massage therapist while lying face down on the table.
It’s so convenient hearing the beeps of the microwave or oven timer, or being able to rely on hearing the beeps to reverse into a car park.
It’s warming to hear about a deceased person’s life story and the eulogy at a funeral.
It’s good to be able to empathise without saying the wrong thing and putting one’s foot in one’s mouth.
It’s enjoyable to follow a programme on television and watch the pictures instead of having to read the captions.
It’s good fun to hear the punchlines of yarns and jokes, cheeky back-chat or witty quips.
It’s marvellous to hear the sounds of nature: birdsong, wind, trees swishing, waves breaking, the rain on the roof, animals calling.
It’s time-saving to telephone someone when there’s too much to put in a text, and to be able to make my own appointments.
It’s heaps better for my husband and family, they don’t have to explain and repeat things for me.
It’s a bonus to join new activities that, due to impaired hearing, had been abandoned.

For me, it’s been a year now, and music is still strange. I’ve forgotten how to sing in tune and, when I used to play keyboards, I played by ear. That will come back in time, maybe.

In the meantime, “Hello, world, I’m back!” I’m finding ME again! 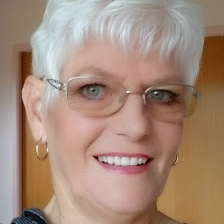