Two cochlear implants gave me my life back 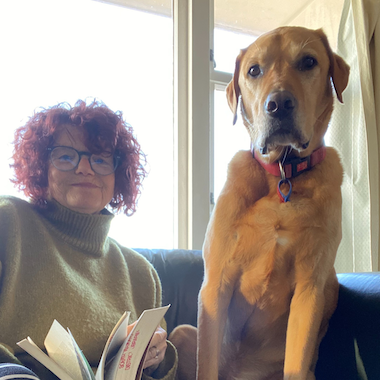 Catherine was on the verge of walking away from her beloved nursing career before she received her first cochlear implant last year. She has lived with progressive hearing loss her whole life and relied on hearing aids and lip-reading until these were no longer helping.

Qualifying as a psychiatric nurse at 27, then a general nurse at 32, my nursing career has included psycho-geriatric and acute psychiatry, intensive care, district nursing, oncology, haematology and now palliative care nursing.

In 2019 though, my hearing began to decline rapidly, and I found communicating with patients increasingly difficult and exhausting from concentrating so hard to hear.

My hearing got so bad I had to lean in and really concentrate on people. It was pretty awful, and I used to apologise all the time. I would have to manipulate my surroundings so I could be close to people, and it wasn’t fair to patients and their families- I felt I wasn’t giving them what they needed.

I’d arrive home fatigued every evening, and I honestly thought I’d have to take early retirement. Thankfully, I was referred for a cochlear implant and got my first one in 2021.

It made such a difference; with just the CI, I could hear my feet shuffling on the carpet, the birds outside, and even the dog’s breathing was so noisy. I was so excited.

Being able to hear better now with one CI and my hearing aid was such an improvement. But I still had a problem with ongoing ear infections, which had plagued me since childhood.  Plus, just the one CI wasn’t really enough. I was still missing out on the conversation, especially multi-disciplinary team meetings at work. I was grateful for my one-cochlear implant, but there were big challenges when I continued to get infections. I had had Blind Sac surgery before my left cochlear implant.

What really prompted me to enquire about a second CI was that I got the worst ear infection I had ever had-causing pain, which meant I couldn’t wear the hearing aid. I had to take time off work because I couldn’t function well with just one CI.

I was exhausted from having to concentrate so hard even whilst I wasn’t working. So I decided to self-fund my second CI. It was the best thing I have ever done- though I will have to keep working for a few extra years to pay it off.

There are downsides - for instance, I can’t hear music very well yet- it’s muffled- I can’t discern a tune. I can’t play my flute because it sounds like a monotone.

However - conversation is so much easier, my confidence has grown as I no longer misunderstand people and I’m no longer fatigued at the end of the day due to listening effort. I only wish this option was open to everyone who is severe to profoundly deaf in both ears like I was. My interaction with the world has improved, and it is almost worth losing my music for (though I do hope there will continue to be improvements- it’s early days yet).”