Pioneering cochlear implant surgeon puts down his scalpel after 35 years.

New Zealand’s longest serving cochlear implant (CI) surgeon, Bill Baber who was involved in the first CI surgery in Aotearoa NZ in 1986, has put down his scalpel after 35 years leading the way in restoring the hearing of many Kiwis who had lost their hearing.

Giving the gift of hearing to over 250 Kiwi’s throughout his career, Bill Baber will be missed by both patients and colleagues who’ve said his support, compassion and CI advocacy for New Zealanders is as appreciated as his surgical skills.

Northern Cochlear Implant Trust CEO, Lee Schoushkoff said “Bill has done so much for the cochlear implant community since the first pioneering surgery in 1986 with himself, and Dr. Ron Goodey. Seeing the life changing benefits of cochlear implants for his patients motivated Bill to be an outstanding, committed Pindrop Foundation advocate in the fight to get equitable access to cochlear implants for adults. Those efforts contributed to successive Governments increasing the numbers of paediatric and adult CI’s, a testament to Bill’s lifelong dedication to cochlear implantation.”

Josie Calcott, a bi-lateral CI user, nurse manager, runner and mum had her hearing restored by Bill. She says, “Bill is one amazing, talented, caring, irreplaceable special human being. After implanting 100s and 100s of people - he deserves to turn his hand to other endeavors. All the best for the future to an amazing surgeon.”

Although Bill is stepping down from cochlear implant surgery, he remains part of the cochlear implant community in Aotearoa NZ through his board positions on the Northern Cochlear Implant Trust (NCIT) and the Pindrop Foundation.

"I think I have been terribly lucky to have been part of an exponential growth in ENT surgery generally but the joy of working with people whose lives are devastated by hearing loss and then turned around by cochlear implantation, has been the most wonderful part of my professional life,” says Bill.

Bill Baber’s interest in ear, nose and throat surgery started as a junior doctor in Auckland Hospital in 1970, motivating him to pursue a surgical career. He became a fellow of the royal college of surgeons in 1974, specializing in Otology by 1984. An opportunity to perform the first cochlear implant surgery in New Zealand alongside fellow surgeon, Dr. Ron Goodey in 1986, cemented his professional trajectory to becoming the longest serving cochlear implant surgeon in NZ.

“As well as the reward of seeing the change in a patient’s quality of life once they can rejoin their families and society which is amazing, I have been fortunate to have met many wonderful people through CI, both as co-workers and as recipients,” says Bill.

Michel Neeff, cochlear implant surgeon and Clinical Chairperson of the Northern Cochlear Implant Programme (NCIP) says, “Bill has been a pioneer and leader in the field of cochlear implant surgery in New Zealand, and although he is stepping down from surgery, we are fortunate that we are retaining his professional expertise and knowledge on the boards of NCIT and the Pindrop Foundation.”

Audiologist, Dr. Bill Keith, who was also involved in the first cochlear implant surgery and whose career has run alongside Bill Baber’s for nearly 50 years says, "It’s always been a pleasure to work with Bill, and more recently in the governance of cochlear implant services, where his enthusiasm is contagious, his experience and wise counsel invaluable, in turn making a huge contribution to hearing services in New Zealand.”

As far as the future is concerned, Bill definitely has no plans to sit back and put his feet up. He says, “As well as still being involved on the boards, I have an idea for a book that I have been mulling over for a couple of years, and now I have no excuse. I am also Pipe Major of a small pipe band, and the mental and physical requirements of piping are wonderful for keeping me fit, and I might even get an electric bike as they look so cool!"

LISTEN TO BILL'S RADIO INTERVIEW WITH JESSE MULLIGAN ABOUT HIS LIFE AS A CI SURGEON HERE. 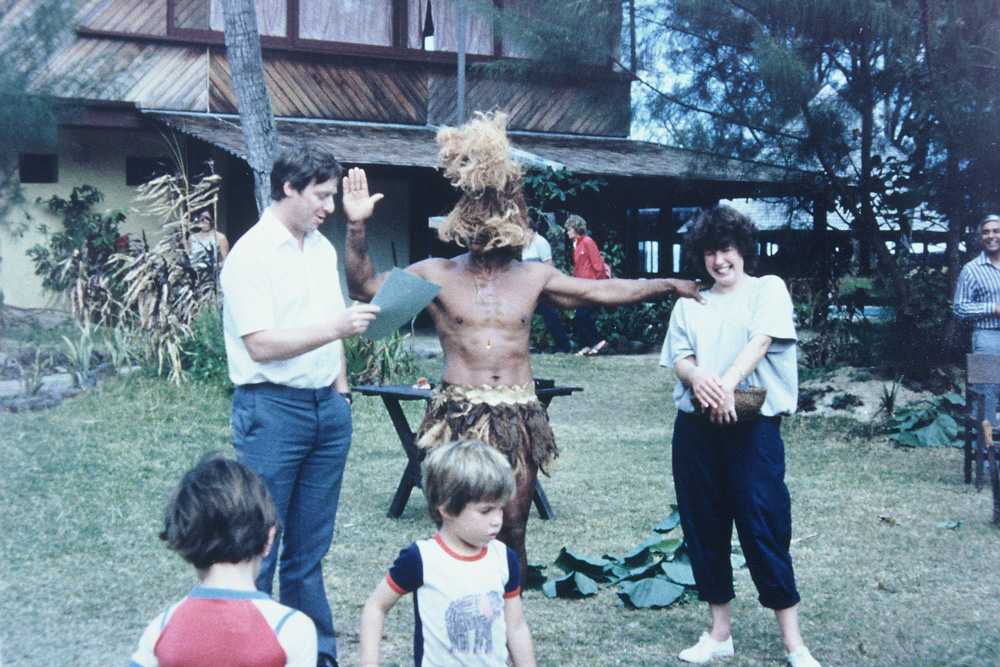 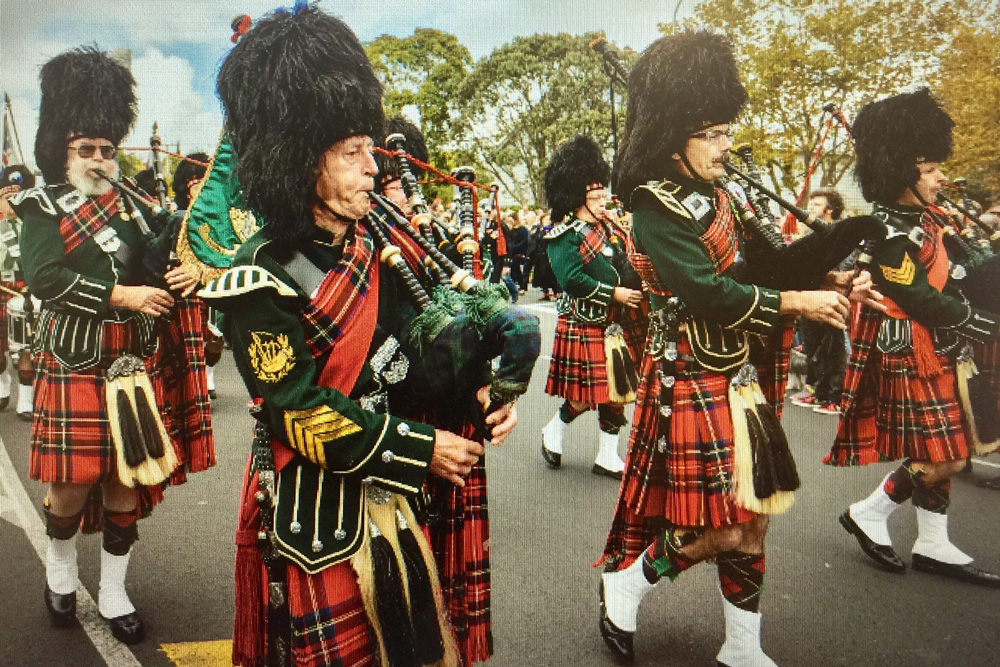 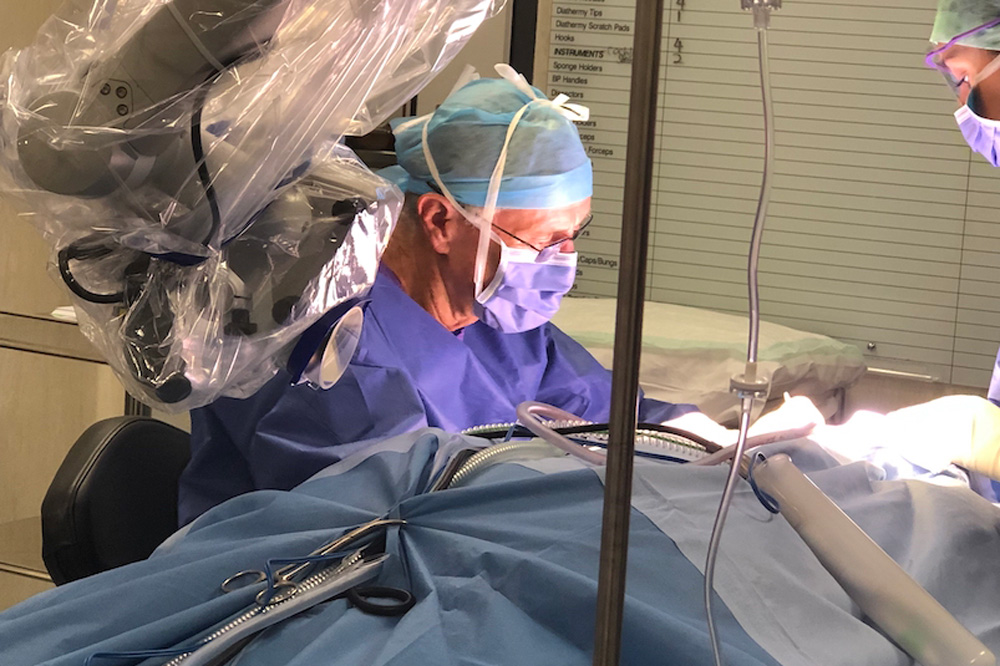 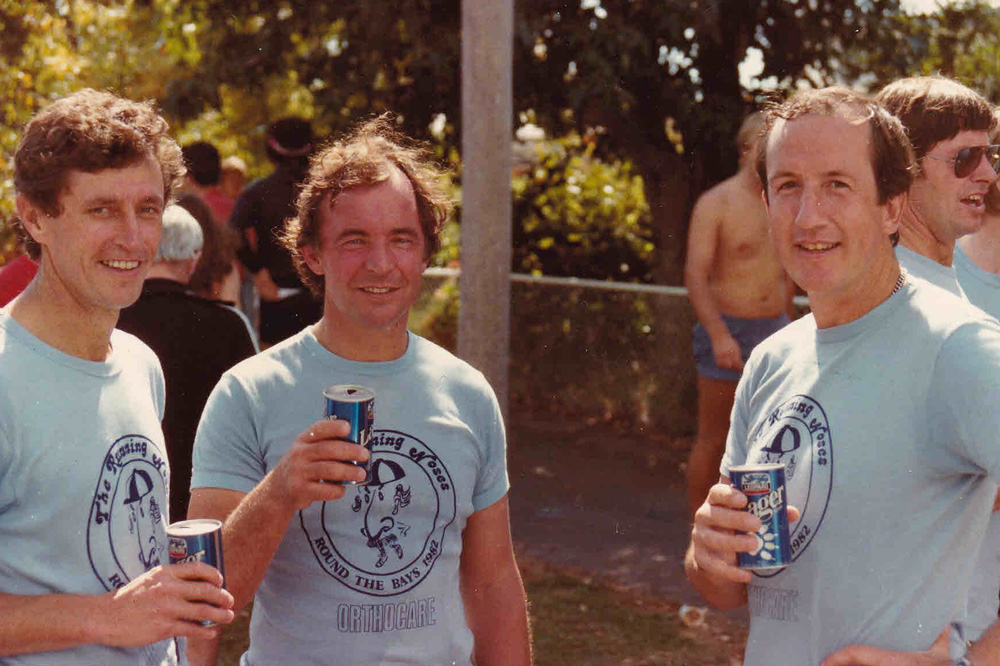 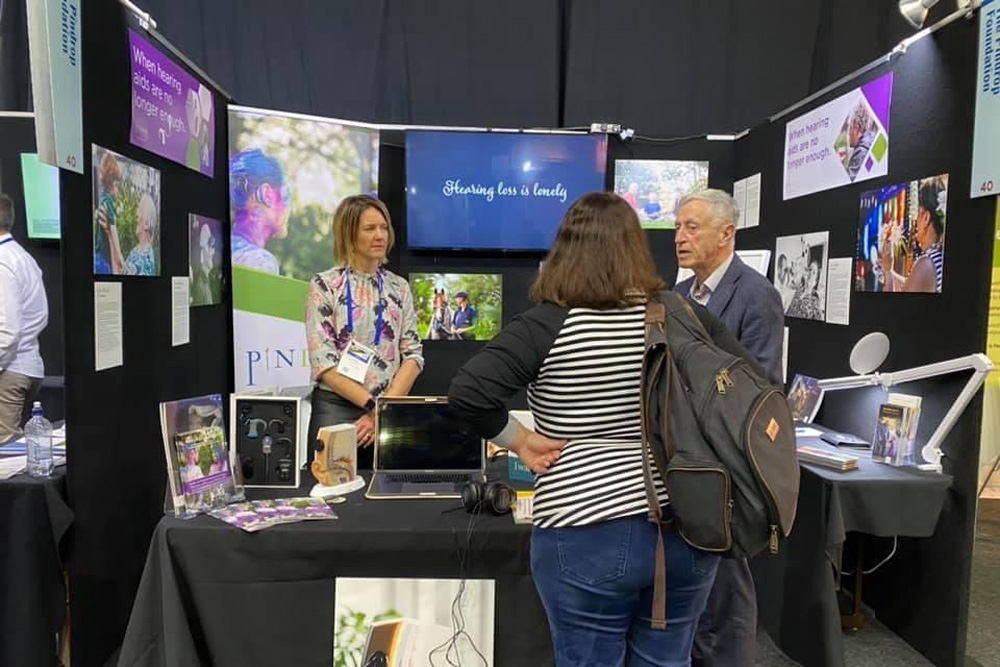 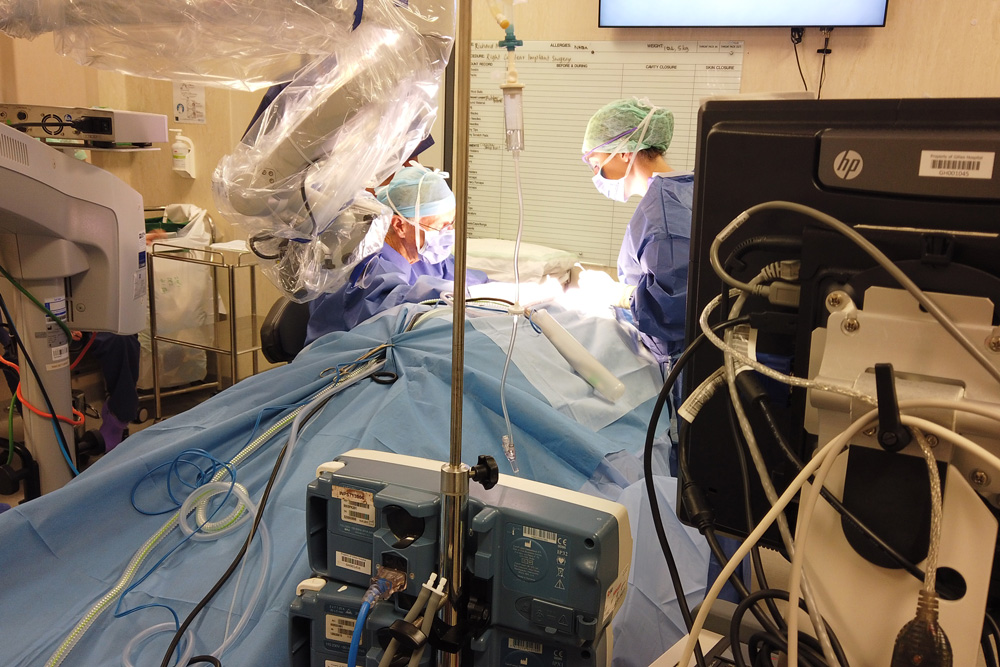 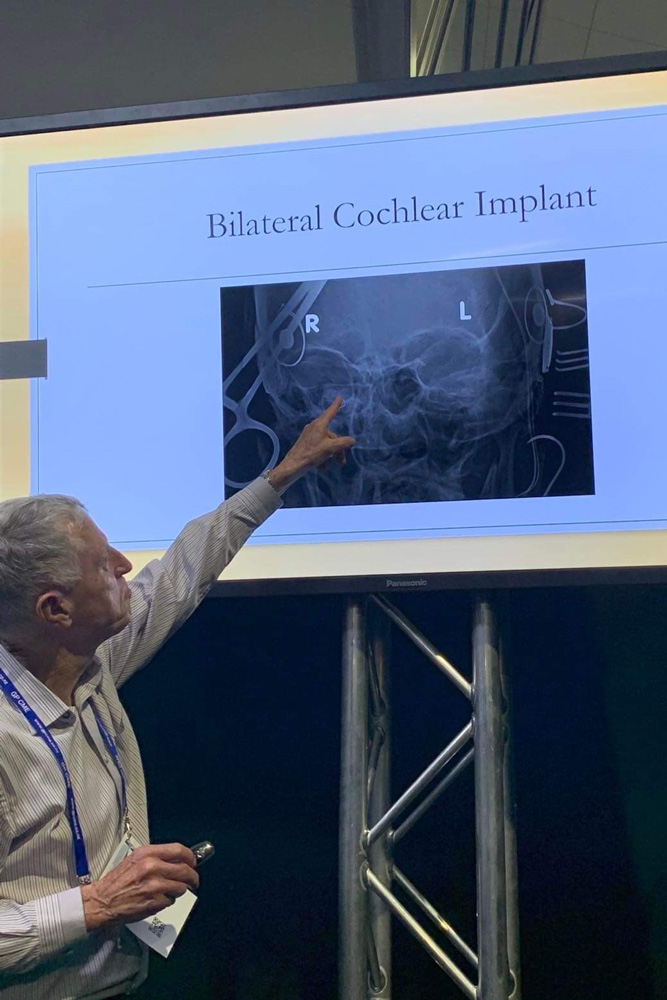 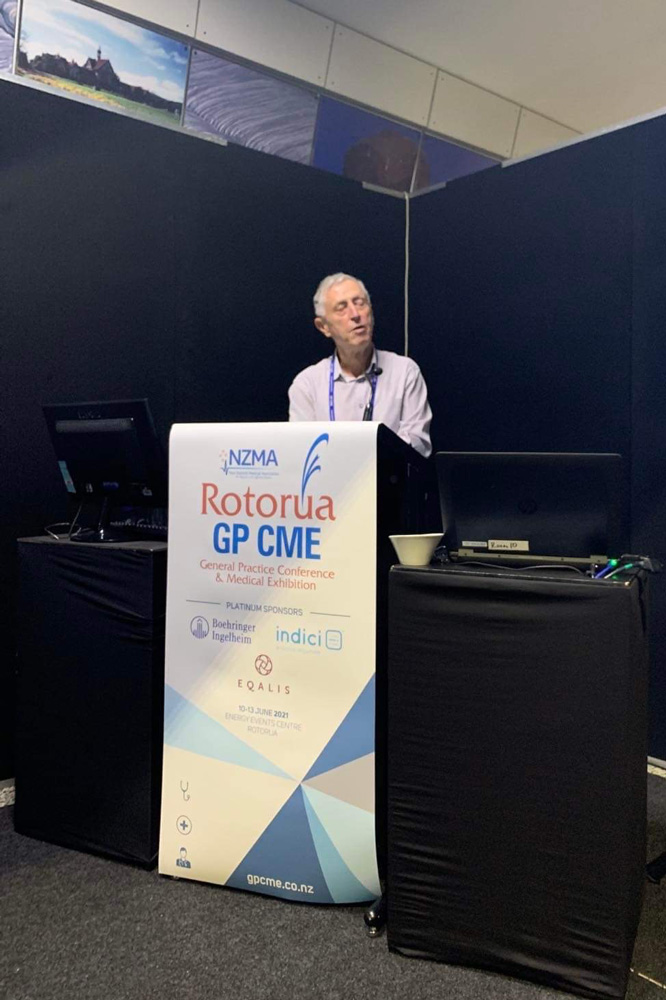