My Sounds of Life Experience, by Aynsley Staessens 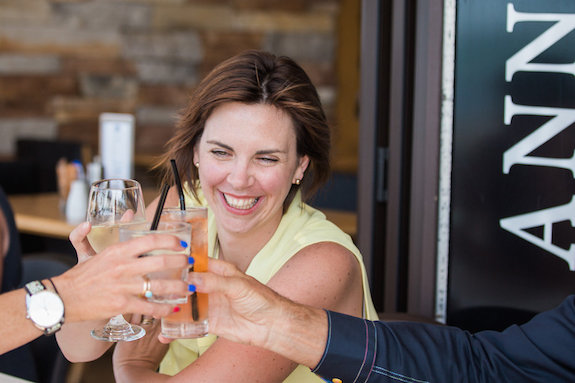 On Friday 10th June, my hubby and I navigated our way through the Auckland afternoon motorway traffic to arrive at the Sound of Life photo exhibition launch at The Thievery Studio on K-Road.

The photos taken by Lara from Soul Sisters were outstanding.  I had comments made to me by a number of different people that the photos were some of the best they have ever seen, as you could really see the life and soul of the person in the photo.   It was such a great opportunity to hear the stories of others and their journey.  I had a chuckle to myself when the wife of one of our CI wearers told her husband to lower his level as he was speaking loudly….I felt such a huge relief when she said this as it is something I am often told by my husband, and have always thought I was alone in this.

The food and wine was sensational and it appears as though everyone had such a great time as the room was often filled with laughter and chatter…noises that previously I wouldn’t have heard clearly.

I look forward to seeing more of you at the next event hopefully in Tauranga in the near future.