COST-EFFECTIVENESS OF CI RELATIVE TO OTHER MEDICAL DEVICES

Cochlear implantation is cost-effective when compared with other treatments. 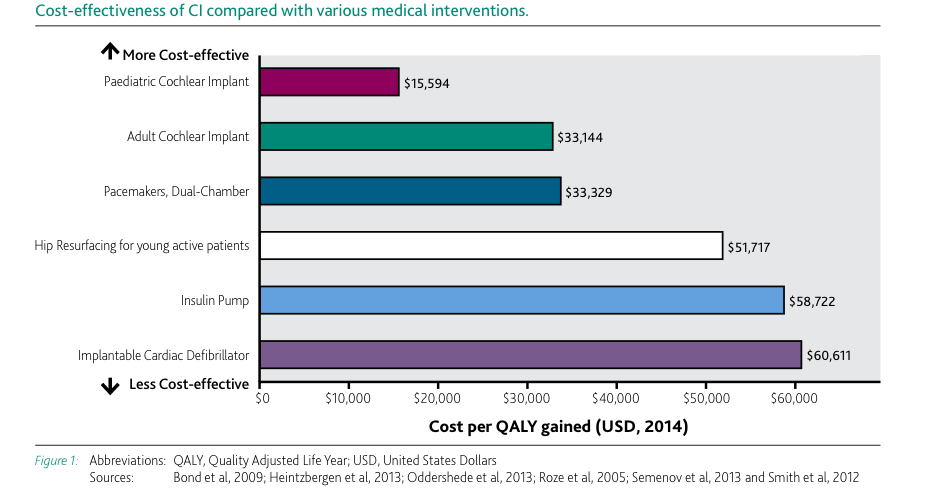 The cost -effectiveness of CI improved with an earlier age at implantation, and was shown to be cost saving when education costs were included.

COST-EFFECTIVENESS OF UNILATERAL CI VERSUS NO INTERVENTION

Cochlear Implantation was cost-effective when compared with HAs or no intervention. 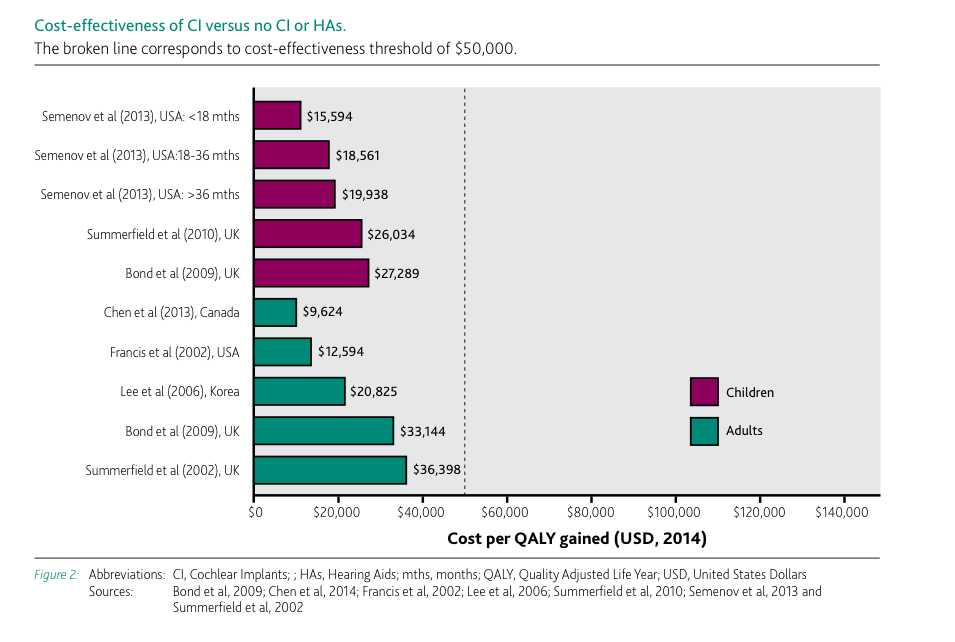 COST-EFFECTIVENESS OF BILATERAL CI AND UNILATERAL CI COMPARED WITH HAs 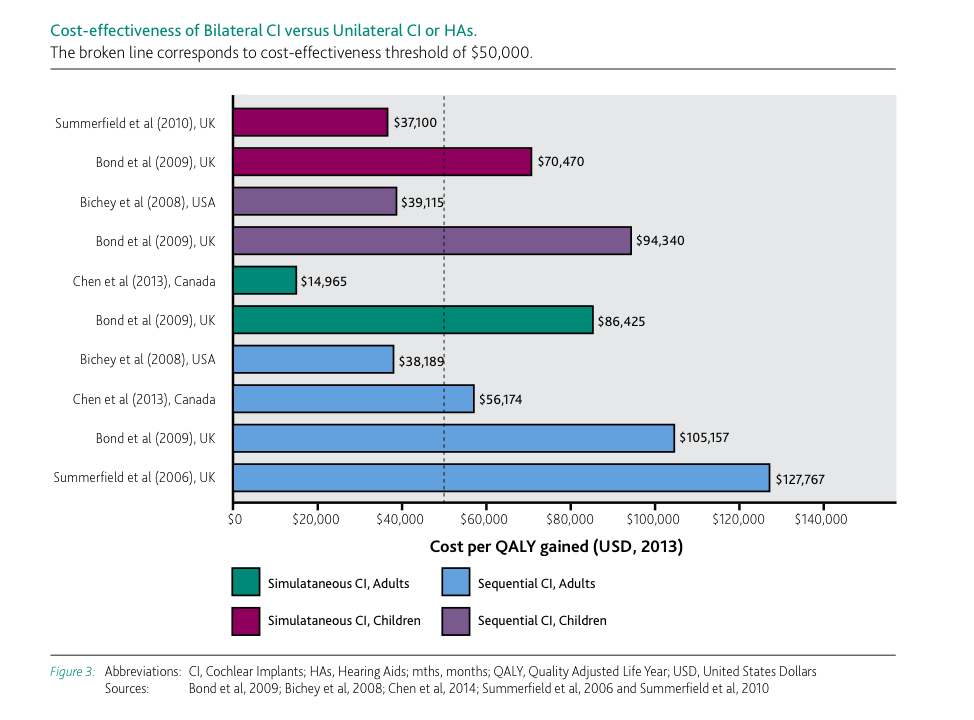 The cost effectiveness of unilateral CI compared with no intervention or HAs is well-established. To date, a large number of small studies, generally using patients as their own controls, demonstrated that bilateral CI significantly improved speech perception in noise and sound localisation, in children and adults (Bond et al, 2009). The NICE review in 2009 recommended the provision of simultaneous bilateral CI to children born deaf, adventitiously deaf or those newly diagnosed with severe-to-profound bilateral hearing impairment (Bond et al, 2009). Similar recommendations have been made by the Medicaid Scheme of Washington State of the United States more recently (Washington State Health Care Authority Review, 2013).