If you talk to a bilateral cochlear implant user, they will tell you

“Two ears are better than one."

Home > Articles > Life with bi-lateral cochlear implants
We have two eyes to see and two ears to hear.
Working together, two cochlear implants act as two ears do; gathering the full cacophony of surrounding sounds, sending them to the auditory centre in the brain for processing, giving a listener a 360 directional hearing experience with clarity of sound.
Living with two fully functioning ears, it may be hard to imagine what it is like hearing with only one ear. The closest smidgen of insight is having an ear temporarily blocked after swimming or an infection. Even then, it does not come close to what people affected by a severe or profound hearing loss struggle with daily:
• Difficulty with following conversations
• Not being able to communicate on the phone
• Misunderstandings and frustrations at work and home
• Increased safety risks (not hearing alarms, traffic, warnings)
The optimal outcome is for people to have their hearing restored as soon as possible so they can participate fully in family, work and community life. In Aotearoa NZ the public health system offers one cochlear implant for adults who meet the eligibility criteria.
One cochlear implant gives people access to single-sided hearing, with the ability to follow conversations again, use the phone and participate more fully in life.
There are limitations, though.
We spoke with three New Zealanders who opted to have a second cochlear implant after the success of their first one. They share the reasons why they decided to go bilateral, how they funded it and the difference it has made to their lives.

Nurse and mother of three, Josie Calcott has spent her professional and personal life caring for others. 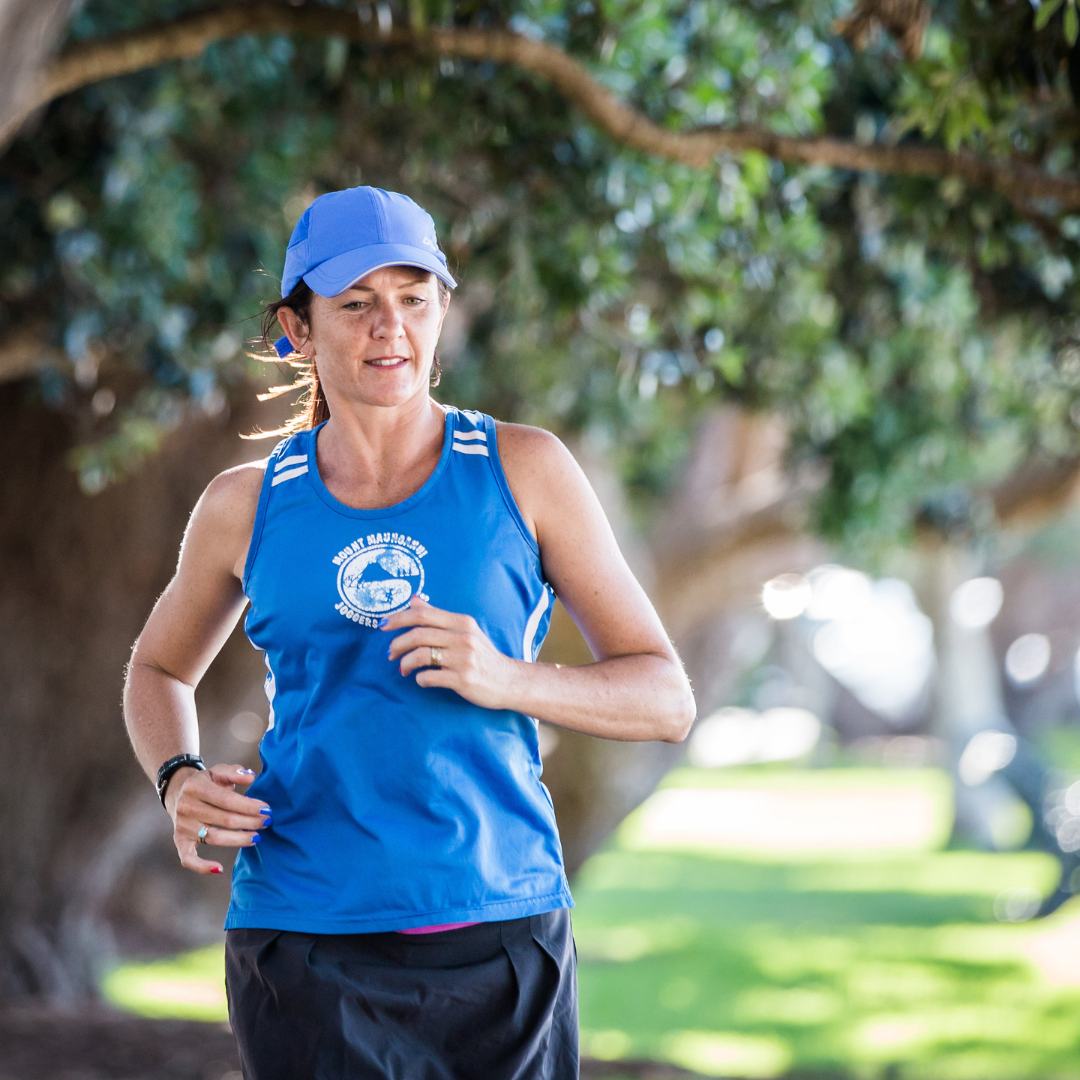 Despite being profoundly deaf from the age of two after contracting chicken pox and relying on hearing aids and lip reading, Josie attended mainstream school before graduating from Nurses College.

Ten years ago, Josie was struggling to hear with her hearing aids on and was referred for her first cochlear implant. She had her right ear implanted and continued to wear a hearing aid in her left ear. Although the government funds two cochlear implants for people under 19, adults over 19 only get one implant.

While Josie was grateful for the one implant enabling her to hear her children and understand speech without lip reading, it was still limiting.

Working at Tauranga Hospital, Josie still found communicating with colleagues and patients challenging. Taking notes in a bustling and noisy hospital setting was hard, and she struggled to separate single voices in crowds and locate where voices were coming from.

Audiologists told Josie a second cochlear implant would significantly improve her hearing. She could hear her patients, her kids and everyone else without worrying about which side they were speaking to - without reading lips.

So Josie's friends stepped up to help raise the $40,000 needed for her second cochlear implant.  They did movie nights, a night at the Races and ran the Tauranga Marathon to name a few of the fundraising activities.

“Getting the 2nd cochlear implant was more than the icing on the cake for me; it made me whole again,” says Josie, “it’s opened up the rest of the world to me. If you shut one eye then open it…. that’s the difference it made.  It gives me surround sound, and I can tell where the sound is coming from.  I can tell how far away it is.  I no longer need to have someone on the right side of me. I simply hear so much better.

“When one goes flat now, it’s like being busting for the toilet- busting to put the sound back on...to be back on two ears again. My confidence and career have taken off, and I am now in a management role. Something I would have never considered until I had my second CI.

“I only wish everyone who needs two could get them. Hearing with two ears, like seeing with two eyes, makes the world of difference.” 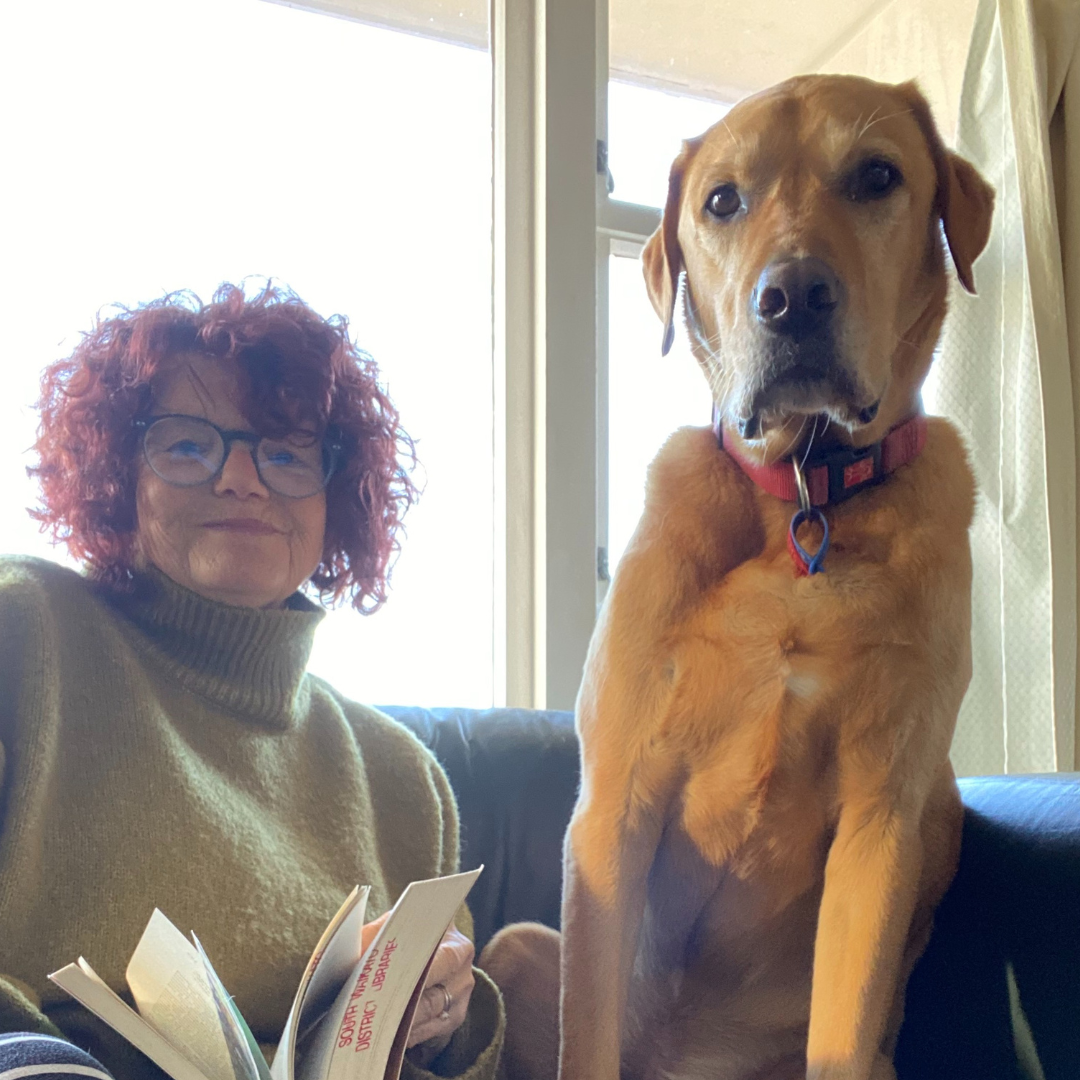 Catherine was on the verge of walking away from her beloved nursing career before she received her first cochlear implant last year. She has lived with the progressive hearing loss her whole life and relied on hearing aids and lip-reading until these were no longer helping.

In 2019, Catherine’s hearing began to decline rapidly, and she found communicating with patients increasingly difficult and exhausting from having to concentrate so hard to hear.

“My hearing got so bad I had to lean in and really concentrate on people. It was pretty awful, and I used to apologise all the time. I would have to manipulate my surroundings so I could be close to people, and it wasn’t fair to patients and their families- I felt I wasn’t giving them what they needed.

Then in 2021, she got her first cochlear implant.

“It made such a difference; with just the CI, I could hear my feet shuffling on the carpet, the birds outside, and even the dog’s breathing was so noisy. I was so excited.

“Being able to hear better now with one CI and my hearing aid was such an improvement. But I still had a problem with ongoing ear infections, which had plagued me since childhood.  Plus, just the one CI wasn’t really enough. I was still missing out on the conversation, especially multi-disciplinary team meetings at work. I was grateful for my one-cochlear implant, but there were big challenges when I continued to get infections. (I had had Blind Sac surgery prior to my left cochlear implant.)

What really prompted me to enquire about a second CI was that I got the worst ear infection I had ever had-causing pain, which meant I couldn’t wear the hearing aid. I had to take time off work as I found I couldn’t function well with just one CI.

“I was exhausted from having to concentrate so hard even whilst I wasn’t working. So I decided to self-fund my second CI. It was the best thing I have ever done- though I will have to keep working for a few extra years to pay it off.

There are downsides - for instance, I can’t hear music very well yet- it’s muffled- I can’t discern a tune. I can’t play my flute because it sounds like a monotone.

“However - conversation is so much easier, my confidence has grown as I no longer misunderstand people and I’m no longer fatigued at the end of the day due to listening effort. I only wish this option was open to everyone who is severe to profoundly deaf in both ears like I was. My interaction with the world has improved, and it is almost worth losing my music for (though I do hope there will continue to be improvements- it’s early days yet).”

Richard Milne, a farmer from South Taranaki, has lived with hearing loss his whole life. 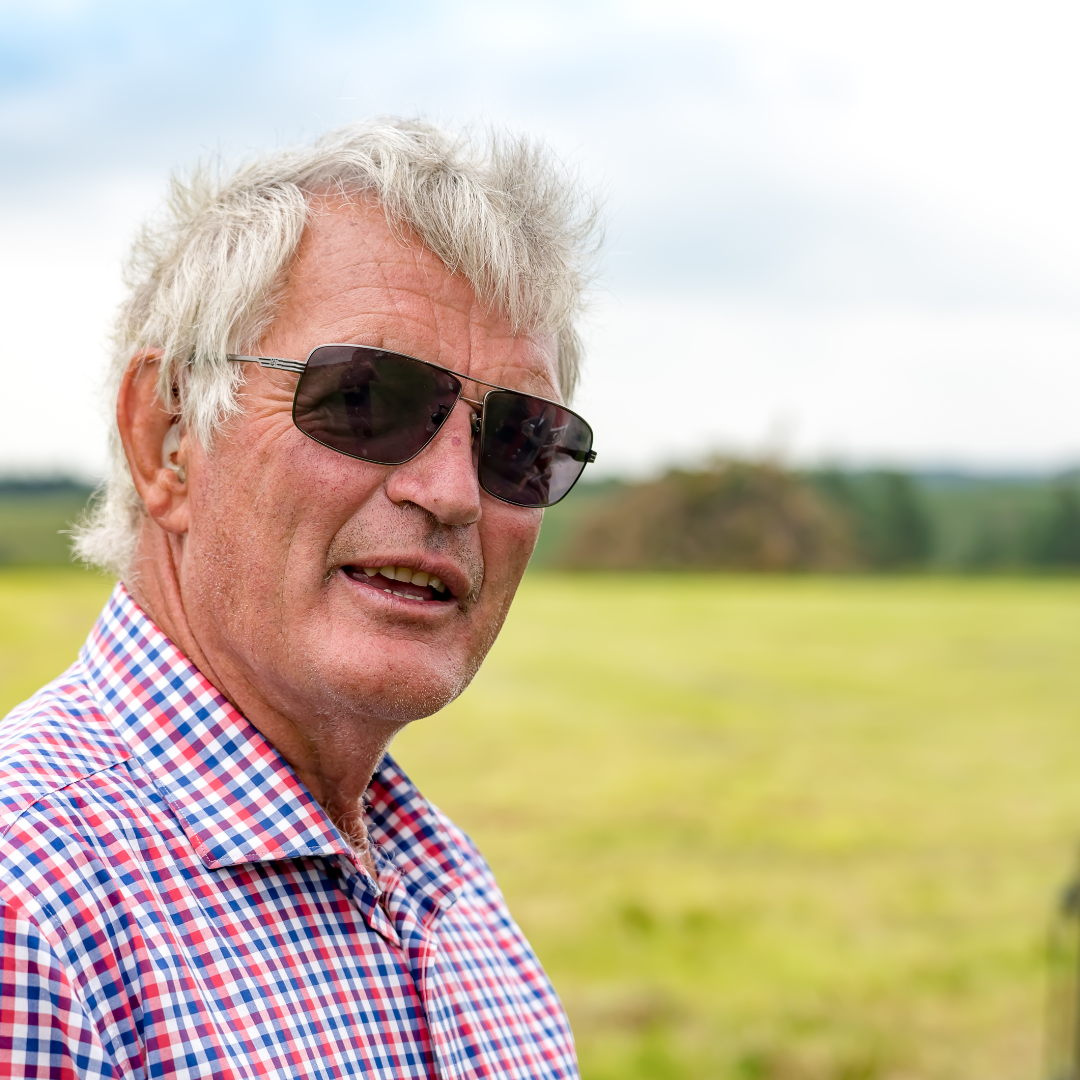 ‘’My father made the decision that I wouldn’t have a hearing aid because of the stigma around being deaf back then. The technology was in its infancy and did not work that well either. In those days, you’d have a large box around your neck.

‘’It wasn’t until I was in my late 20’s that I got my first hearing aids. They were really helpful for one-to-one situations but not group settings or in noisy environments,” explains Richard.

Being self-employed and working on the farm meant Richard’s hearing loss did not hold him back professionally. Working together with his wife Lynne, they built a successful farming business.

Though over the years, as Richard’s hearing loss deteriorated to the point, he was receiving little to no benefit from his hearing aids, he struggled more with communication and avoided social situations.

Being a farmer meant Richard could just get on with his job, but he relied on Lynne to be his interpreter during business discussions and to also ensure they were not scammed. On occasion, some people have tried to take advantage of a business deal when they’ve realised Richard couldn’t hear and have acted dishonestly.

Richard and Lynne knew at some point they would want to ease back on some of the more physical aspects of farming and enjoy some more past-times together.

Being alone on the farm, Richard could manage life with his hearing loss. But a change in lifestyle and building new relationships would pose a major challenge for him.

‘’I was so limited in what I could do. Lynne was the one who answered the phone, and to be sure I knew what the message was, she’d write it on a bit of paper. That’s how hearing impaired I was. If we went out socially, I couldn’t hear, and I’d switch off. It got to the point where we stopped going out.’’

That’s been the catalyst for Richard to do something.

In 2018, after nearly 70 years of struggling with his severe hearing loss and no longer getting any benefit from his hearing aids, Richard decided to get his first cochlear implant.

Due to the lengthy wait times for a publically funded cochlear implant back in 2018, Richard self-funded his implant. The clarity of sound he was receiving from his single-sided hearing through the cochlear implant was something he had never experienced before.

“I knew shortly after getting my first CI I didn’t want to live my life with continued impaired hearing. I wanted my other ear to hear, too; to have surround sound and directional hearing for the first time in my life was very important to me. Lynne and I made the decision to fund my second CI. My cochlear implants are the best investment decision I have ever made. They have given me so much more to life.’’

Since becoming a bilateral cochlear implant user, Richard has spoken at the largest agricultural show in the Southern Hemisphere, Fieldays, about his hearing loss and cochlear implants. Something he would never have done before.

“My CI’s have given me a second bite at life. I still marvel at the experience of talking on the phone, too long sometimes! They also take pressure off the people around me in not having to take special care that I understand what’s going on.

“I am getting better at making conversation with strangers, something I really avoided in the past. The other day in the hospital, a guy was wheeling a load of plants on a hospital bed, it looked quite funny, and I asked him if he was taking them to the morgue! We had a short but hilarious conversation, where before, I would have just zipped up and said nothing.

“In our hearing group, I notice that unilateral users still need some assistance with how you speak with them, even when they still use a hearing aid in their other ear. This is exactly what made me think I could do better with 2, and they have made a huge difference.”

Richard is one of more than 120 adults in New Zealand who have bilateral implants, an implant for each ear. Because of the cost of up to $50,000 per implant, many people have just one which can be paid for by the health system, though there may be a wait time.